Get consultation Get free estimate
0 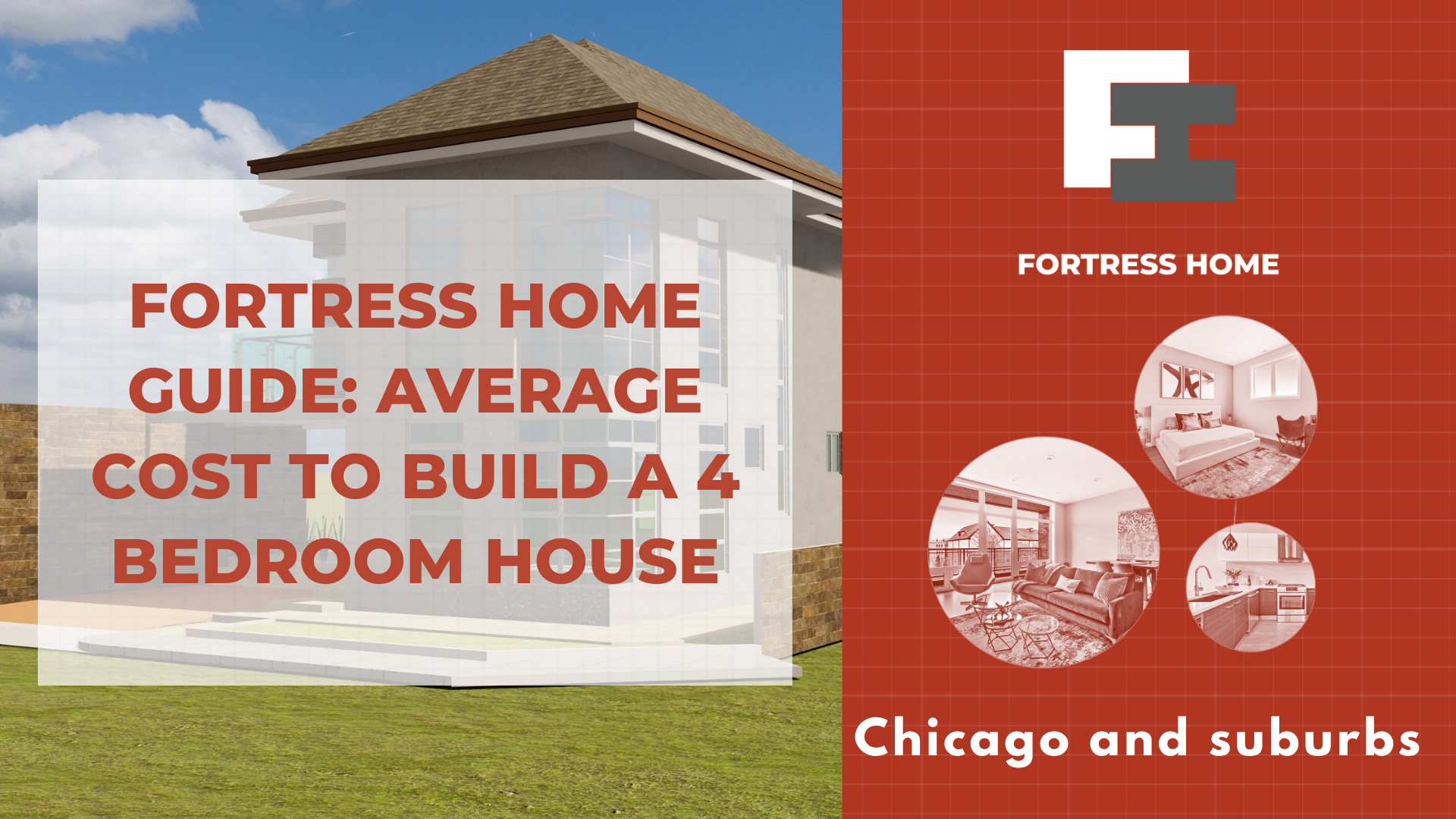 Blog Know What to Ask Your Chicago Home Builder

Building your own house is a major undertaking and there are many decisions to be made before you can break ground. Time needs to be spent considering floor plans and interior finishes and deciding on the square footage of your new home. A popular size for a single-family home in 2022 is a four-bedroom house, which allows you to have a master bedroom, rooms for two children, and a guest bedroom for family and friends to come to stay. We look at the logistics and the average cost of building a 4-bed house as well as some other popular house sizes.

When you start looking for home builders to build your own home, come and discuss your project with Fortress Home, Chicago. We have 20+ years of residential construction experience and are excited to help you build your dream home.

What size house do I need?

When moving out of your existing home and building your own home many people want to size up, moving into a large house with more bedrooms, while others are looking to downsize from their existing house. We help you decide what house size, and how many bedrooms you might need.

How many bedrooms per square foot of house?

In the US at present, the average bedroom size is 132 square feet and the average master bedroom is about 225 square feet. While there are no hard and fast rules about the number of bedrooms in a specific sized house there are some rough guides to how many bedrooms you might find in certain home sizes.

While bigger might seem better getting the right size house for your family is about more than just having the right amount of square foot per person. A larger house will cost more to build and maintain, and in some parts of the country, land costs make very large houses prohibitively expensive. But it's also important not to build your house too small, or you'll need to move again quickly. Here are some tips for getting the right house size.

According to the Financial Samurai, the ideal amount of square footage per person living in a house is 600-700, although in a more densely populated area 400-600 might be more realistic.

Sometimes compromises need to be made with the size of a house. For example, getting into the right school district might be more important than the huge yard and extra living area in your new home. While you might get more space for your money living out in the suburbs but your commute, gym, and friends might all be a long drive away, so having a smaller home closer to work might be worthwhile.

Perhaps you think you need a 5 bedroom house because you have a large family who might want to come and visit. But in reality, are they all going to visit at the same time? Will one or two guest bedrooms be more than enough? You don't want to be paying for 3 guest bedrooms that are only fully occupied for a couple of days each year.

Unless you want to move house again in a few years it's important to look at your life stage and what your future needs might be. Are you likely to have an expanding family with more children, or elderly parents coming to visit, or are your children getting ready to leave home, making a more compact home seem more appealing?

Take a look at
our recent projects 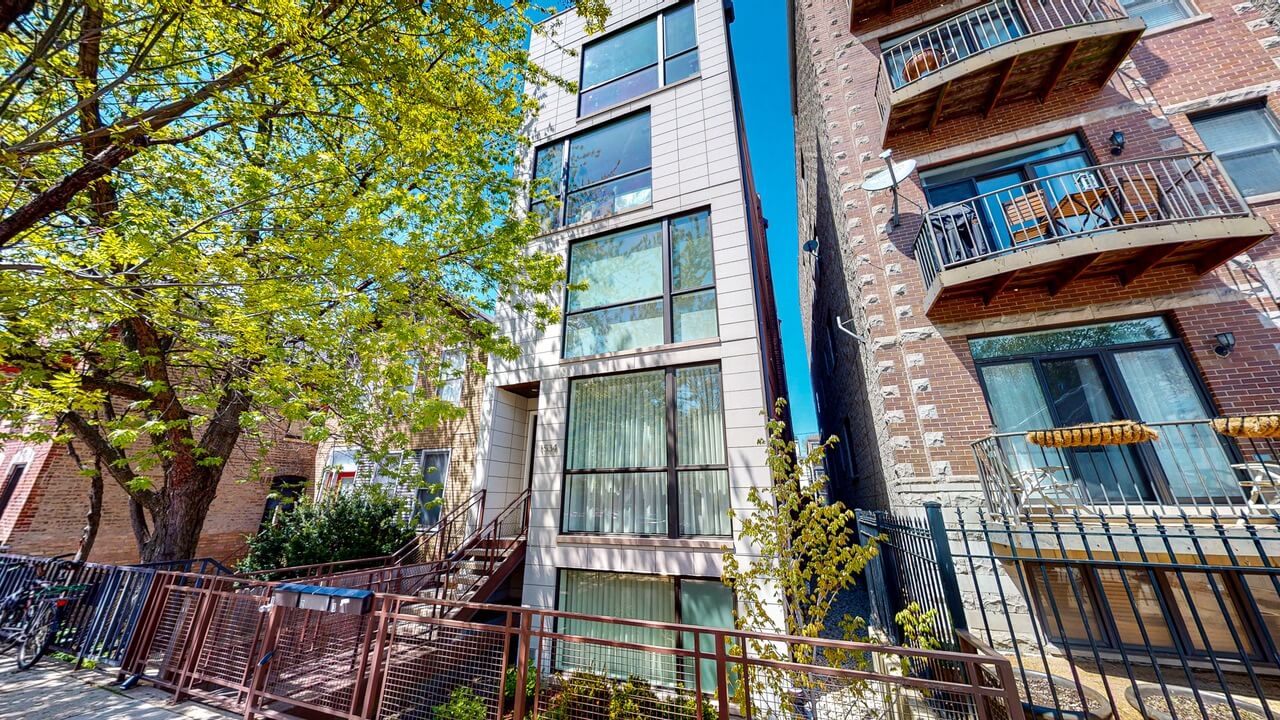 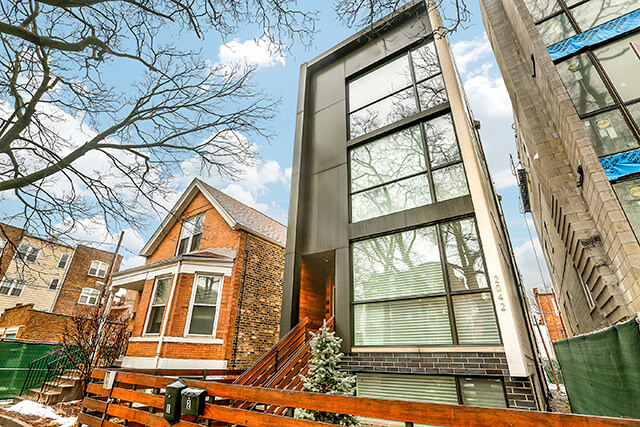 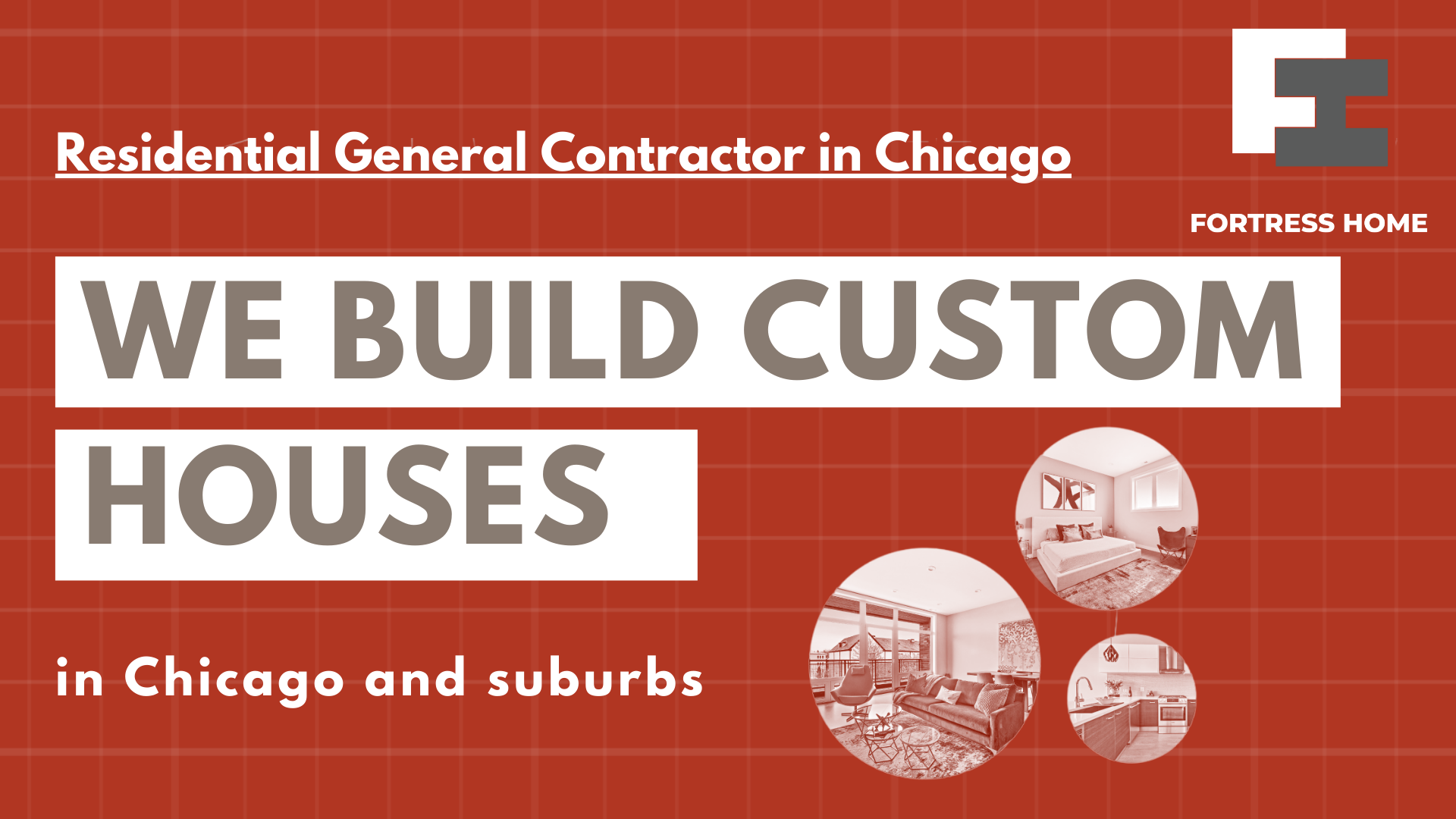 If you are interested in learning more about having our company serve as a General Contractor on your next new construction or renovation project, do not hesitate to reach out.

The average cost to build a house

When you see average house construction costs online these figures often include only the labor and materials costs and don't include things like the cost of land, which can be very cheap in some states and rural locations or very expensive in other states and in more urban or suburban areas. You also have to include professional fees, of architects and general contractors in your total house building costs.

Here we look at the overall cost of building a new construction home and what is involved in the home construction costs. Here is a rough breakdown, excluding the cost of land:

On average expect to pay between $3,000 and $150,000 for a suitable plot of land, depending on where you are building and the state of the land. Unfinished lots will be at the lower end of the price range and developed lots in modern housing developments will usually cost from $50,000 - $100,000.

If you purchase an unfinished lot you need to do surveys and connect your land to the power, water, and sewers for your area. This averages about $3,000 - $40,000 depending on how far you are from the utilities. You will also have to clear and level the land, which may involve excavators and other heavy machinery, depending on what is currently on the land (existing structures, trees, etc).

Once you have your land you need to get floor plans and blueprints for your new home drawn up, or purchase ready drawn plans online. The average prices for plans range from $2,000 - $8,000, but if you want to build a high-end custom home you may end up paying a lot more for an architect to draw up your plans.

While not a major cost building permits are an essential one and you can expect to spend up to around $2,000 on obtaining them.

Unless you are an experienced construction expert you'll want to hire a general contractor custom home builders to manage the entire home building process for you.

While they may seem like a large expense at 10-20% of the total build cost (materials and labor), they are an invaluable resource, making sure your dream home building process runs smoothly, doesn't have any major delays, and stays on budget.

The cost of building materials can vary a lot depending on the style of build and interior and exterior finishes you choose, but on average, material costs make up around 30-50% of the total building costs.

When choosing materials, especially for interior finishes or exterior finishes it's possible to save quite a lot of money by choosing cheaper options, many of which can be upgraded at a later date.

It's not usually a good idea though, to try and save money on the main foundation, structure, and major systems as they will ideally last for the lifetime of your house.

Here are some rough costs of some of the main materials you'll need when you build a house.

Your labor costs will probably include:

You may also choose to hire a landscaper and interior designer to make your dream home look as beautiful as possible. 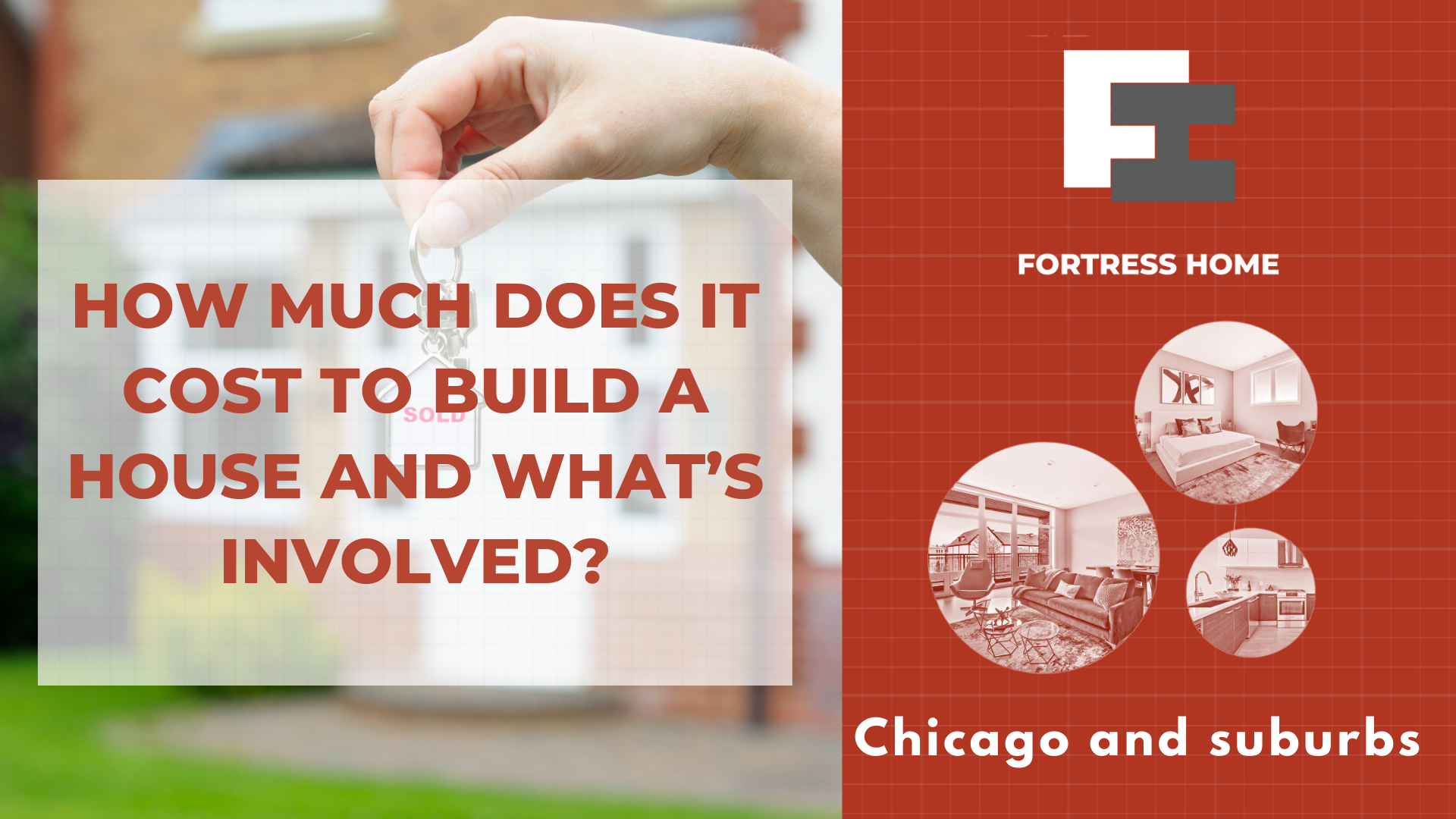 Ever wondered 'how much to build a house on my land in Chicago'?
Read more 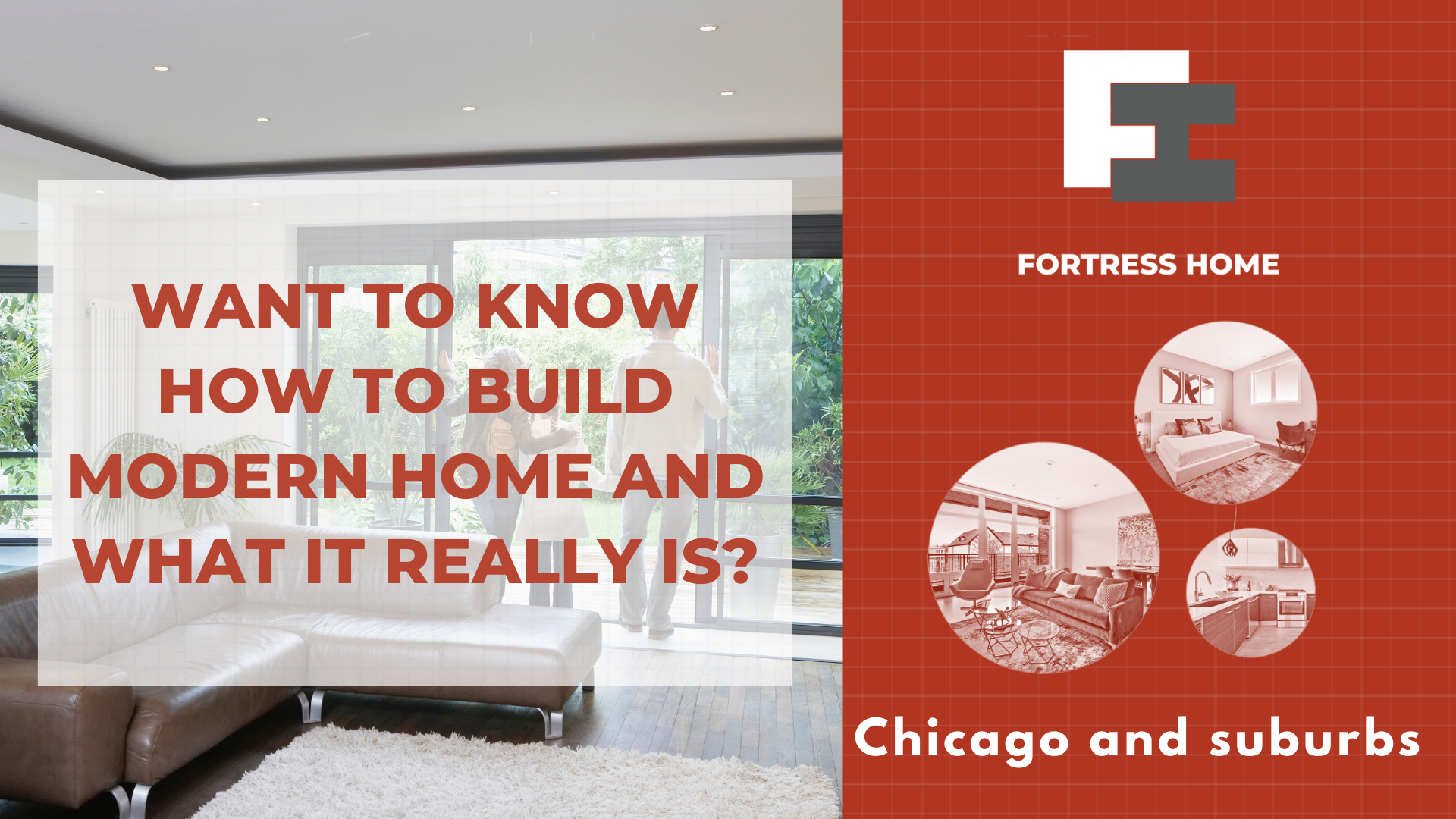 We are open to investment or partnership offerings. Click the button below for more details. 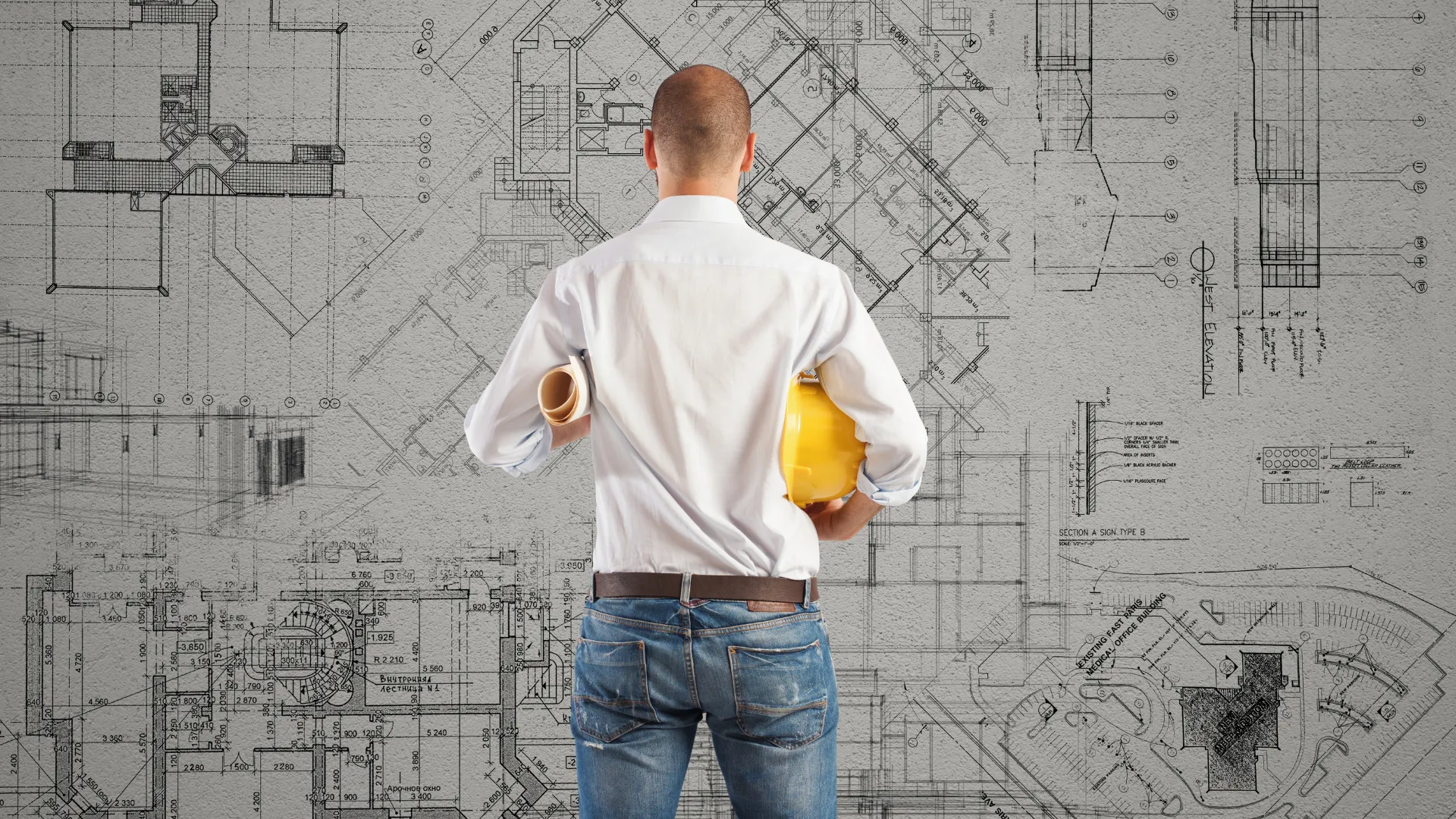 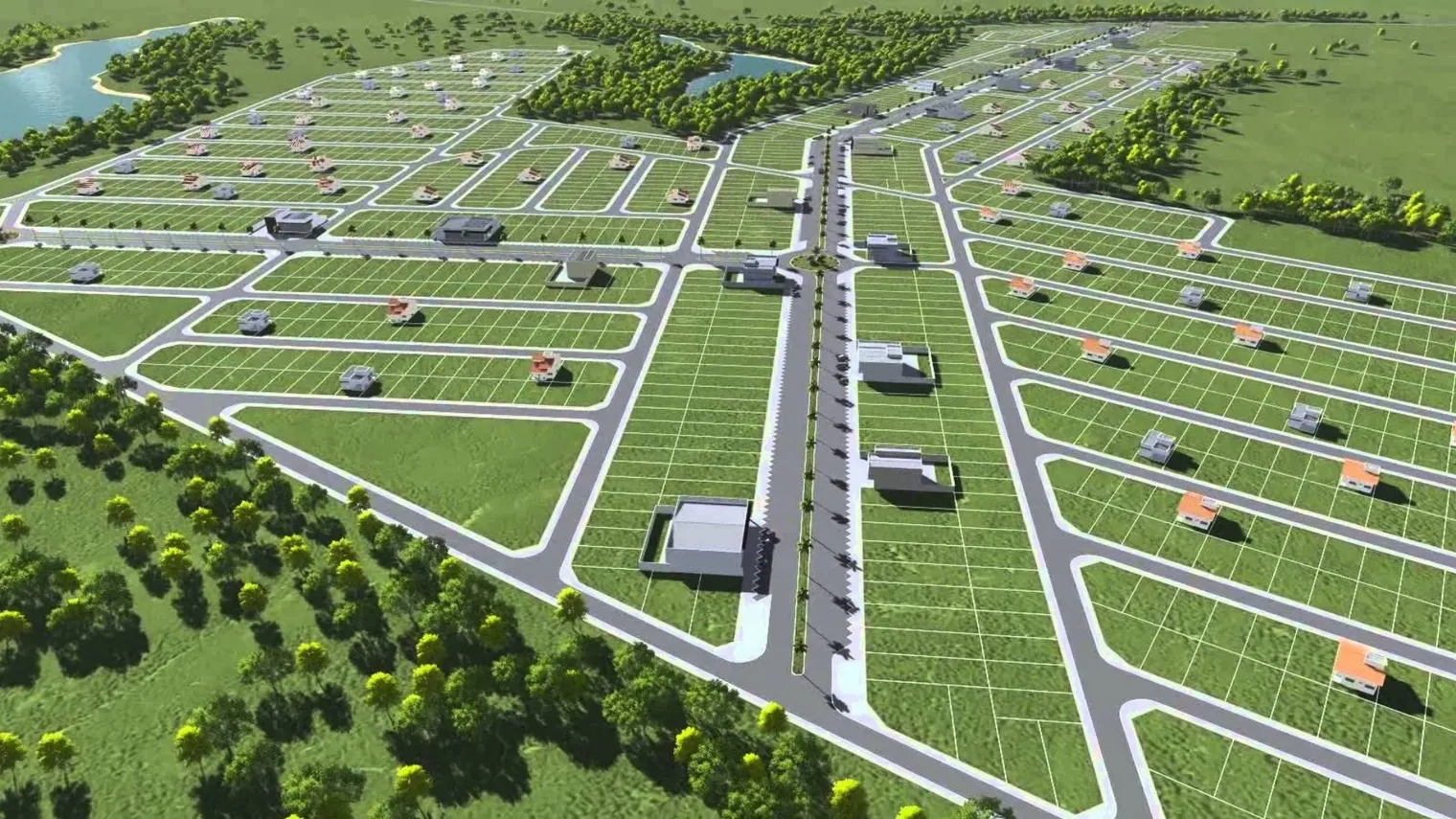 Custom homes on your lot!
If you currently own a lot, or need help finding one, Fortress Home is excited to offer comprehensive on-your-lot home building services. We have many ideal floor plans for building on your lot, don't worry - we can modify our standard plans or develop a fully custom plan just for you.
Contact us

Cost to build a house - number of bedrooms

The average price range to build a 2 bedroom house can go from around $140,000 all the way to $3500,000. Remember that they can end up being a lot more expensive than this and maybe even be a little bit cheaper.

On average the total cost to build a 4-bedroom home will be between $200,000 and $500,000. Although for those who know exactly what they want, and like luxury spending up to $1 million is entirely possible.

How much on average does a 4 bedroom house cost?

How much does it cost to build a 4 bedroom house?

On average a 4 bedroom house will cost between $200,000 - $400,000 to build but this will depend a lot on the location and the type of house you are building. The house style, materials used and local labor costs will also play a part in working out the actual answer to "how much does a 4 bedroom house cost to build?"

When the time comes to upgrade your existing home and you decide to build your dream home in Chicago, come and speak to Fortress Home, one of the city's most trusted home construction companies.


Our family-run company will help you every step of the way including: 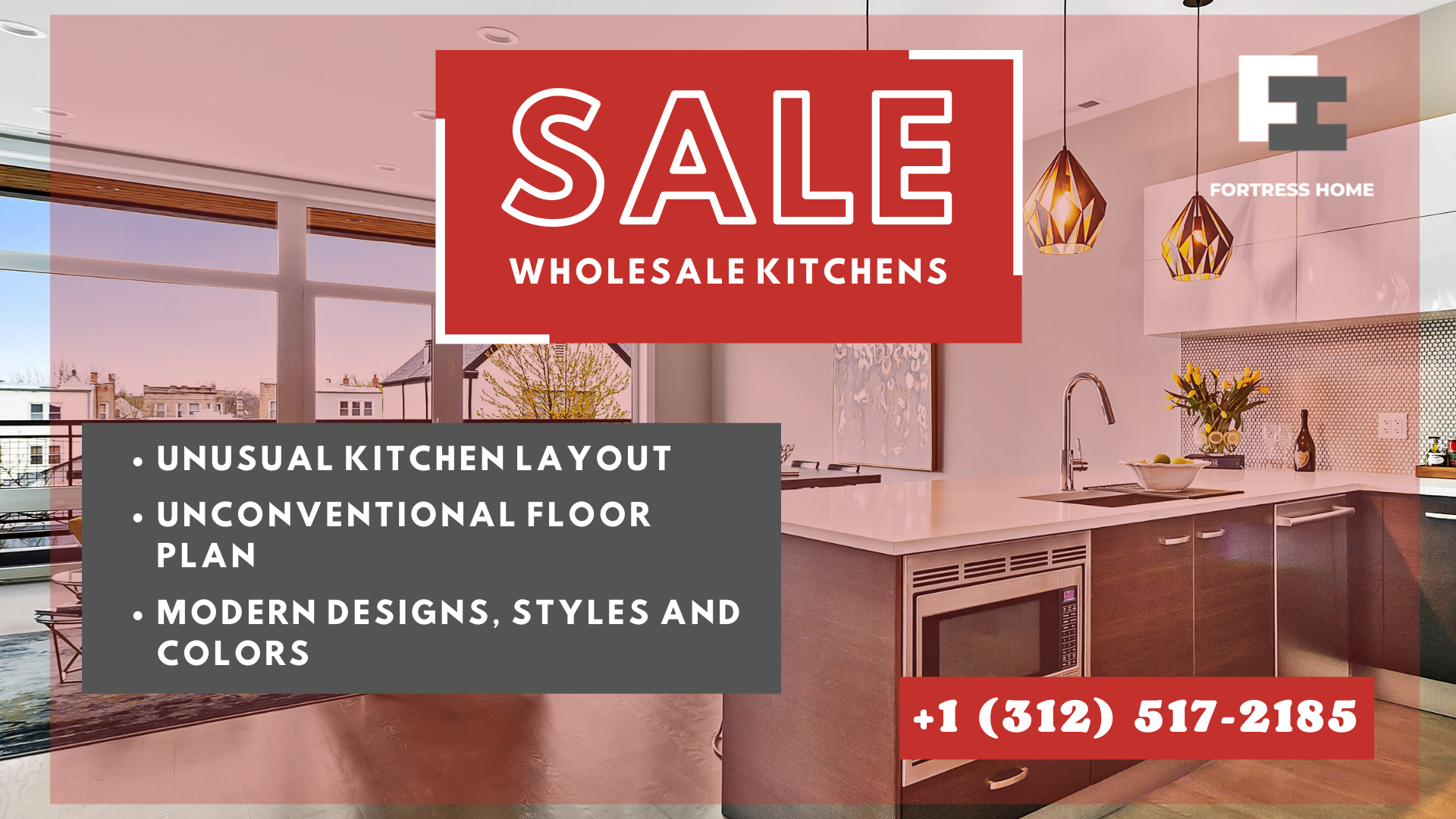 Fortress Home combines the roles of a general contractor, a construction partner, and a construction manager. Our talented workforce helps us professionally manage all aspects of on-site construction.

Your request has been successfully sent